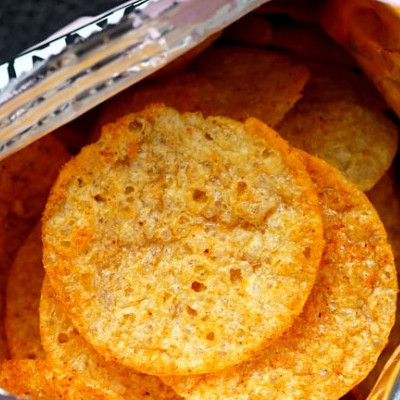 Burgers, hot dogs, and chips are a favorite American pastime. We celebrate some of our holidays, including our Nation´s Independence and Labor Day, with them in ample supply. There is no denying that the potato chip tastes great!

However, studies have since shown the many negative side effects of chips. Granted, many of the leading companies have taken great measures to make improvements to the original potato chip.

Let´s be realistic. The potato chip does not offer the immune system the nutrients that it needs to remain healthy and strong. This post explores some healthy yet tasty alternatives to chips.

In 2020 the industry earned US$31.2 billion in revenues. The potato chip is one of the world´s most beloved snacks based on convenience and taste.

Some leaders in the industry are

The history of the potato chip

The history of the potato chip is not cut and dry. History shows that there were glimpses of its potential debuts until it accidentally became a hit once and for all. One thing is clear, the potato chip took the world by storm, and has not let go.

The first early record of a hint of what we now know to be potato chips can be traced back to 1817 in England, UK. It was found in a recipe book by William Kitchiner-The Cook´s Oracle.

At the time, the book was a best-seller both in the UK and the US.

Fast forward to decades later, with different tales and several people claiming to be its founder, the potato chip would make an undeniable, yet much-awaited debut. George Crum, on August 24, 1853, at Moon´s Lake House, Saratoga, NY, was the chef on duty at the time.

Legend has it that a wealthy aristocrat Mr. Vanderbilt was dissatisfied with his potato and sent it back twice, claiming it was too big.

Mr.Crum was none too happy about this and wanted to show him, so he sliced the potato into thin slices, fried them in oil, and garnished them with salt. To his amazement, Mr. Vanderbilt loved it and the rest, as they say, is history. The chips were known as Saratoga chips.

Other reports claimed that Crum´s sister Catherine Atkins Wicks, better known as Aunt Katie, was the founder as she accidentally dropped a thin slice into a boiling pot of fat while peeling potatoes. She took it out with a fork and intended to throw it out, but Crum came and ate it instead.

Still, Hiram S. Thomas and Emeline Jones, who worked under Mr. Thomas, also at the Moon´s Lake House, both stated that they were the founders. However, the timeline does not fit as this was 40 years after Crum´s time there.

In 1849, The New York Herald referred to someone named Eliza, who was praised for crisping potatoes. However, no other information was given about her. So she remains a mystery.

The original potato chip consisted of high levels of sodium, fat, and calories. 1 oz of plain potato chip is the equivalent of about 15-20 chips and contains 10 g of fat and 154 calories.

Consuming too many chips can cause havoc on your health:

In 1920, Herman Lay from North Carolina began selling potato chips out of the trunk of his car to grocers across the South.

The US represents the biggest market for potato chips.

PA is known as ‘The Potato Chips Capitol’.

Barbeque chips were the 1st type of flavored potato chip.

The US leads the world in chip production.

Air frying is considered a healthier way to fry foods than the conventional deep fryers, which need to be filled with oil to fry your favorite foods.

In air frying, the air is warmed up by a heating element and circulated rapidly through and around the food. The hot air, in turn, browns and crisps your food through a fan in the chamber using little to no oil.

If you do not have an air fryer, do not fret. Your conventional oven and microwave can also be used as an air fryer. In both the oven and the microwave, a basket tray is needed to enhance airflow for the air to touch all parts of your food.

The downside to using the oven or microwave is you have to pay close attention to your food to see when it´s done. The oven takes the longest time of all three methods. 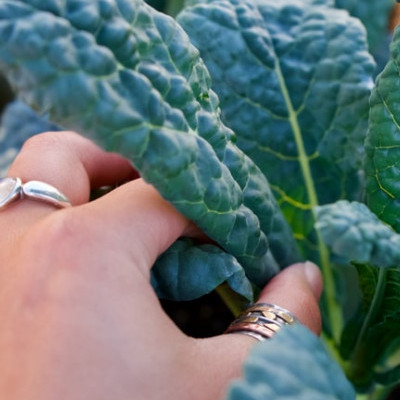 Healthy lifestyle choices place the focus on quality snacks that can help stabilize your blood sugar.

Below are a few alternatives that could be used in place of chips but that can still offer you the crunch and taste that the potato chip delivers. You can make yourself a fresh batch using the ingredients below in an air fryer and be able to eat guilt-free for a time.

(People who are prone to kidney stones or those who take blood thinner medication such as Coumadin/warfarin should limit their consumption of Kale. Please speak to your doctor before you start any diet).

Cut Kale into thin slices. Assemble in an air fryer, oven, or microwave. Please follow your appliance manual for proper times and settings.

Zucchini has many health benefits, such as:

Cut Zucchini into thin slices. Assemble in an air fryer, oven, or microwave. Please follow your appliance manual for proper times and settings.

Sweet potato has many health benefits, some of which include:

Pickles are packed with health benefits, some of which include:

If it´s a crunch that you crave, an assortment of nuts could be an option for you. Nuts are packed with nutrition and filled with anti-oxidants. They can also help you lose weight.

Celery and carrot sticks with dip. This healthy and crunchy snack paired with hummus or another dip of your choice could make a good healthy yet tasty snack.

Wheat crackers with cheese can provide a rich taste with a nice crunch.

Lastly, there are some commercial vegetable chips on the market now, which could make good substitutes for potato chips. There are many varieties such as Kale and Spinach Chips, Red Beets Chips, Carrot Chips, Sweet Potato Chips, and many more.

Unfortunately, the potato chip is not classified as a healthy superfood. Although the leading companies in the industry have made many changes to reduce fat, calories, and cholesterol, adding gluten-free, non-GMO, and sea salt among other things.

These are promising changes, no doubt, but this still does not make it an ideal healthy food choice. The vegetables mentioned above are healthier alternatives to the potato chip.

They are also tasty. And if consumed in moderation alongside healthy vegetable meals, could be considered a treat.

This site may contain affiliate links, and we may earn a small commission if you purchase through our links at no additional cost to you. As Amazon Affiliates, we earn on qualifying purchases. Read full disclosure 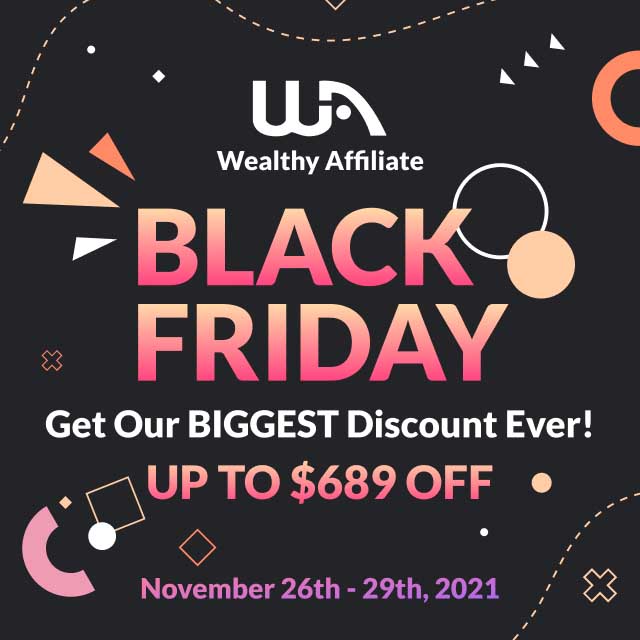 Find out more information on our About Us, Medical Disclaimer, and Affiliate disclosure here.